AI Generated Music: Who Gets the Royalties?

An author creating the great American novel would never be required to share their royalties with the platform they created it on, whether it’s an Underwood typewriter or word processing software like Scrivener or Microsoft Word. Similarly, musicians using artificial intelligence software (AI) to create music do not pay the AI software companies any royalties. They are entitled to collect the royalties from their AI-generated copyrighted music. That issue was resolved back in 1965 in the landmark Naruto et al v. David Slater case where a macaque monkey snapped a selfie on the camera that a photographer set up with a remote trigger. The courts decided that the monkey did not own the copyright, even though the monkey took the photo.

In 2019, the band YACHT (the acronym for Young Americans Challenging High Technology) launched their seventh album, Chain Tripping. The unique thing about this album was that they created new content by filtering their back catalog of 82 songs through machine learning tools. Their endeavor took three years, leveraging tools developed with help from experts versed in neural networks, deep learning, and AI. The end result of this grand experiment was a 10-song album produced by synthesizing their previous works. The question of copyright and royalties was never in jeopardy.

At a copyright society panel in 2018, Southern was asked what kinds of attributions should be applied if AI is learning from copyrighted works. While Southern admitted it still needed to be figured out, she viewed it this way: “…holding an AI accountable for stealing from copyrighted works would be very similar to holding a human accountable because they’ve grown up listening to The Beatles their entire lives and now write pop music.

But this still leaves the larger question unanswered. Is feeding AI copyrighted music to create new music deemed legal under the current copyright law? If someone fed Justin Bieber’s copyrighted material through their AI program to create new music, the burden of proof would be on Bieber to prove the link of infringement. This would be nearly impossible to prove because he would have to reverse engineer the entire neural network. Few musicians could afford this legal battle. The average musician salary in 2020 is $30,950 in the U.S.   Zip Recruiter. 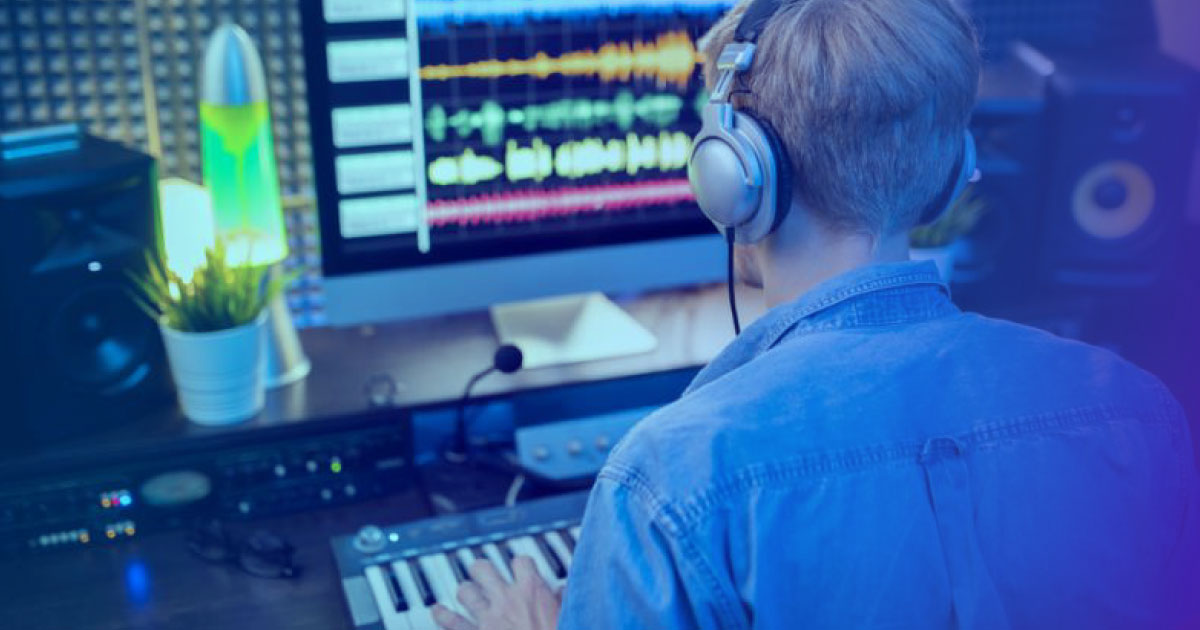 There’s another way to think about it, however. If The Weeknd borrowed Bieber’s copyrighted music and fed it through his AI software to create new songs, this could be deemed a violation of Bieber’s exclusive rights to reproduce his work and create derivative works based on his original material, according to entertainment lawyer Jeff Becker of Swanson, Martin & Bell.

John Lennon might say these are “strange days, indeed.” The humorous flip side of this situation is that 6 non-musician Endel software developers were credited as “songwriter” for the 600 tracks of AI-generated audio they recently sold to Warner Music. Warner asked them how to credit the tracks when registering the copyrights, and the team decided to split the proceeds. U.S. copyright law dictates that you only need to claim someone authored a creative work, even if they didn’t actually create it.

Indistinct AI-generated music copyright laws are in sore need of review and clarification. While he’s never owned the copyright, Aristotle is credited for creating the idiom befitting of this legal quagmire: “Nature abhors a vacuum.”