Scenario planning: Are you exploring the right ‘what ifs’?

After the biggest ‘what if’ to date, it’s time to conjure up a crystal ball and peer into the future of your life sciences business. You’re not a fortuneteller, and the future is always going to be a mystery, but if you establish and plan for the most critical what-if scenarios, you can meet them with agility.

What is scenario planning? It’s a technique that you can leverage to manage and respond to uncertainty. It requires you to think critically and methodically about what the future may hold for your business and take into consideration a changing environment.

How do you achieve this in practice? Foresight can be gained through more than one lens. A good set of scenarios should always be customized to a particular context. Life science reimbursement will most likely change in the future due to the market and political pressure. What are the likely scenarios? What is their probability? What are some of the impacts to the marketplace?

Scenario 1: Reimportation from Canada and other countries

This scenario has already been proposed and put on hold. There are many reasons for setbacks on reimportation. It is often rejected as a pathway to lower prescription drug pricing because Canadian prices are significantly lower on some drugs and products, but not all. This could limit impact overall but would also be a significant risk for some companies. 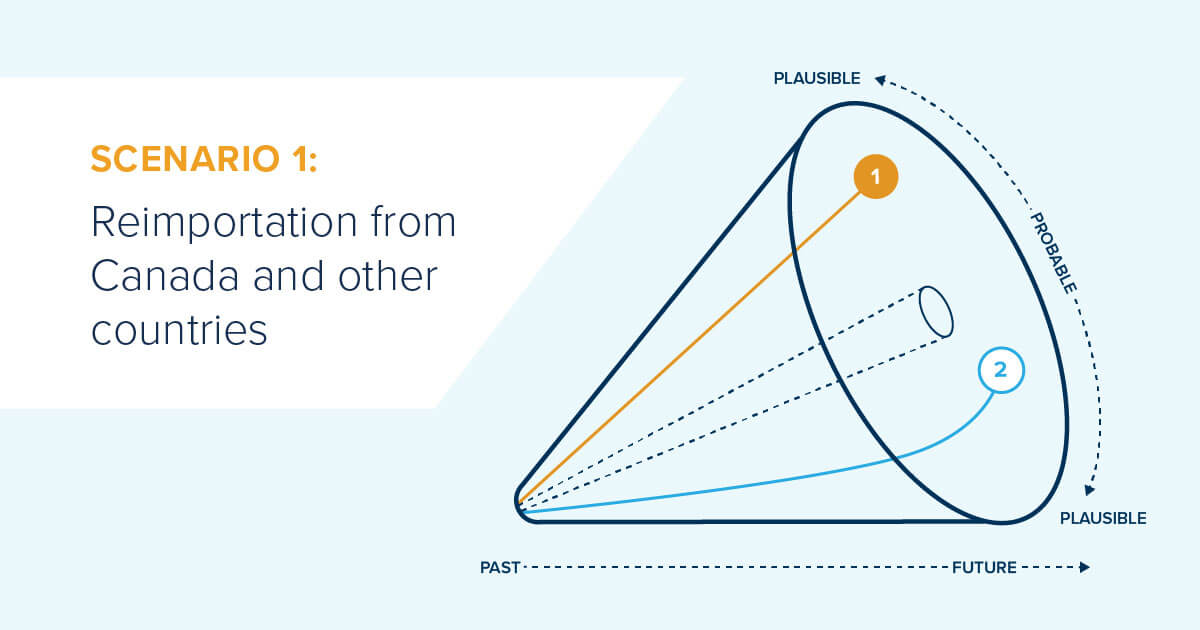 There’s the other side of the border to consider too. Canada may view this as a downside and push back on allowing reimportation from their side of the border. Manufacturers may limit supply to Canada to minimize their own impact while creating shortages for Canadian customers. To satisfy the needs of their own situation the Canadian government could step in to cease cross-border movement of drugs so as not to risk supply to their own consumers. Even more detrimental to Canada would be the possibility of extended time to get new drugs and products, since launch optimization would signal to the manufacturer to hold off launch in Canada based on potential price erosion.

For these reasons alone, this may not be the best approach to significantly reduce costs and therefore less likely to implement except through a political lens.

A recent shift in political climate could make this scenario more probable as the landscape dictates today. But things could shift again depending on political direction. At this time only the VA can perform some negotiations on drugs and other healthcare needs. This has proven to work well for the VA, but how would that translate to the public sector as a whole? 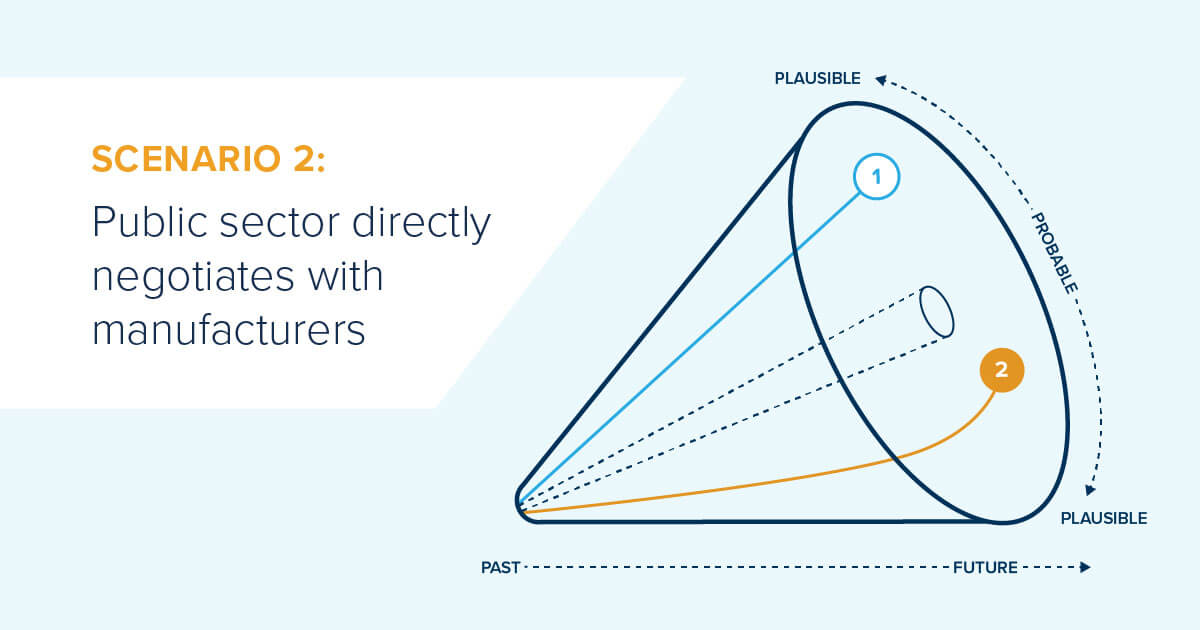 There is talk and strong bipartisan support of expanding direct negotiation within the general Medicare and Medicaid programs. Since the government programs are the biggest purchasers of healthcare, this scenario could provide tangible savings. With scenario planning and management, companies need to look at all angles. These negotiations could also set the stage for a more chaotic marketplace with a profound impact on the life sciences industry.

With the cost of healthcare drugs and products being negotiated through the buying power of the government, there are many big changes that need to be considered. Of top importance of course is consideration for how well-managed the negotiation program becomes in the long-term. Next, would be concern that other payers will recognize the significant savings and demand lower prices. This could affect innovation throughout the industry or at the very least, make it more targeted.

Planning for this scenario would require more detailed analysis of market needs and the ability to deliver targeted needs.

If there’s one thing for certain, it’s uncertainty. Scenario planning and exploring the right ‘what ifs’ is vital to the health of your life sciences business. A solid scenario plan includes 2-5 different scenarios. To learn about 3 more probable and plausible reimbursement scenarios, download the eBook, Think Again. And Again. And Again.

Nobody has a crystal ball, and part of evolving a plan is to say, ‘I might have said we’re going left, but I see the opportunity and we’re going right.’—Ryan Kavanaugh