Streamlining the Licensing Workflow – Why Attending Conferences is Important

From January through June every year I am either managing meeting logistics or attending one of a few trade conferences which are very important to our business and the businesses we support – primarily media and entertainment and brand licensing. Others on my team spend time at film festivals and music conferences around the world. Our mission is simple: identify companies that license content and brands, and share with them the tools we’ve developed to help streamline the entire licensing workflow. 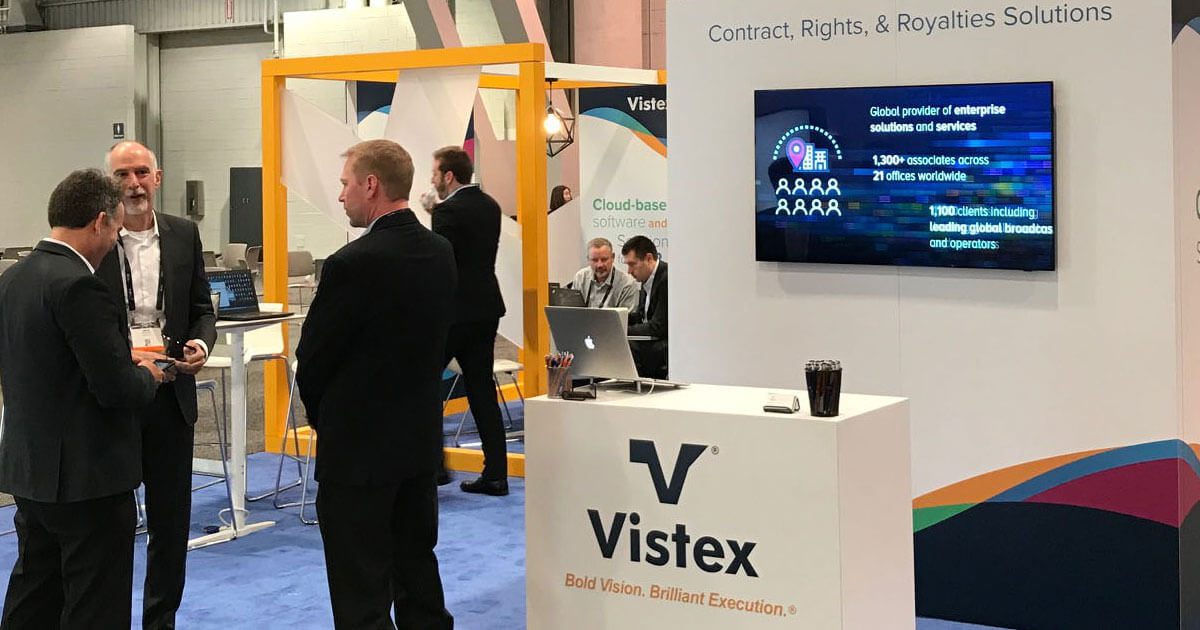 “From cradle to grave, our software manages the entire life cycle of a licensing contract, regardless of which side of the table you’re sitting on” is what I say repeatedly during days filled with half-hour meetings, and evenings out networking. The message elicits as strong a response today as it did 20 years ago, when I first started selling licensing management software. Licensing agreements may have evolved with the times, but deals still revolve around rights and royalties. At the end of the day, it’s about ownership and distribution and the money derived from consumption, and companies need a way to manage it all.

What’s truly interesting to me is the sheer number and variety of licenses being negotiated. Never has IP been more center stage. At the National Association of Broadcasters (NAB) show, people were talking about the creation and distribution of volumes of content, at record speeds, across multiple platforms. At the Licensing International Expo (LIE), it was brand licensing across widely diverse categories for even the oldest and best-known brands (e.g., Crayola cosmetics). Both events draw hundreds of licensors and licensees, as well as agents and consultants seeking their piece of the pie. Having supported clients from each of the camps, we’ve seen all kinds of licensing agreements and one thing is clear: the public is hungry for more.

According to nScreenMedia, SVOD (Streaming Video on Demand) revenue continues to climb. In fact, “nearly half of every entertainment dollar a consumer spends goes to SVOD services.” That’s a lot of content being created, licensed, and consumed. In the Global Licensing Survey for 2017, it was reported that worldwide retail sales and other revenue from licensed goods and services grew to $271.6 billion, a 3.3% increase over the $262.9 billion reported for 2016. What’s especially important about licensed merchandise is that 45% of that revenue is from Entertainment and Character brands.

Folks who have their feet in both digital and physical licensing are the clear winners, especially in media and entertainment. Well known personalities like Mr. Rogers are now branded on everything from apparel to office supplies. Studios have leveraged this for years but for web-born brands, consumer products have been a profitable afterthought. Thanks to companies like Amazon and Hot Topic, fans can buy a RWBY tank top as easily as a Disney princess tank top to wear while watching their favorite episode or movie. The lines between markets have merged to bring consumers what they want, on any platform.

Technology is obviously the driving force behind the growth across most licensing sectors, and while it continues to evolve on the front end to facilitate faster delivery to the consumer in creative forms, across formats, companies still struggle on the backend to support the licensing deals they’re making. A deal is still a deal, and honoring all the terms of an agreement between parties is critical. Having some way to capture, track, and account for the many details is important (as well as safe from audits).

While some still say they’ve got it all figured out in spreadsheets and housed in PDFs, horror stories can still be heard in the halls of the convention centers. With every new concept I hear comes the challenges associated with managing the workflow – digital or otherwise.

And that is why we pack up our things, put up a booth, and spend countless hours before, during, and after conferences reaching out to people with our message. Because it may not be this year or next, but sometime soon our expertise and solutions will be required, and we want everyone to know that we’re ready for whatever is coming down the pike.